I’ve been hesitant to post anything lately. It’s been a sad time, because many, many Least Tern chicks were lost in those terrrible rains we had a couple of weeks back.

But I’ve been  back to  Fort Pickens, and up and down the coast for the past few days. And I can report that there are still a lot of wonderful and beautiful things going on.

The biggest news for me is that there have been several clusters of adult Least Tern just seeming to flounder around since the rains. A few here, a few there. All of them seeming to be lost, not knowing what to do, because their chicks were just getting started when they were just swept away by the high water.

But today! Wow! I’ve been watching this particular group, and the females seem to be staking out their space and acting as if they were sitting on a nest.  At last I saw the evidence. It’s not a great shot. But this bird is definitely sitting on a new egg, and I’m betting she’s getting ready to lay another. 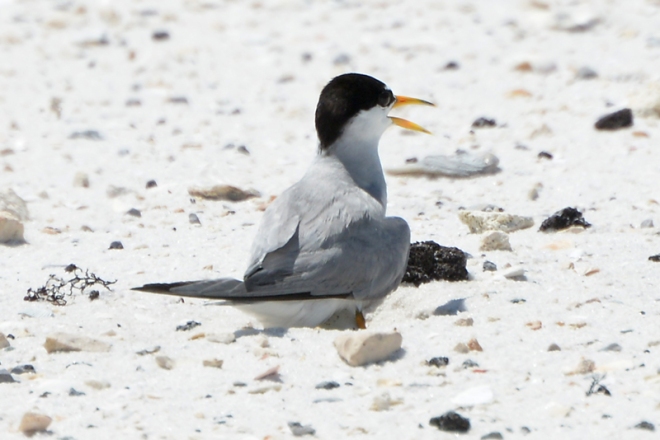 The others nearby are sitting tight, so it’s impossible to tell. But I’m betting that they’re sitting on eggs as well. YEA! 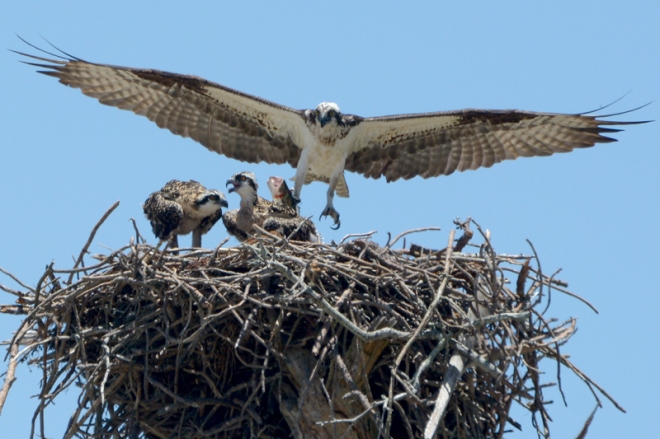 And there are plenty of Great Blue Herons 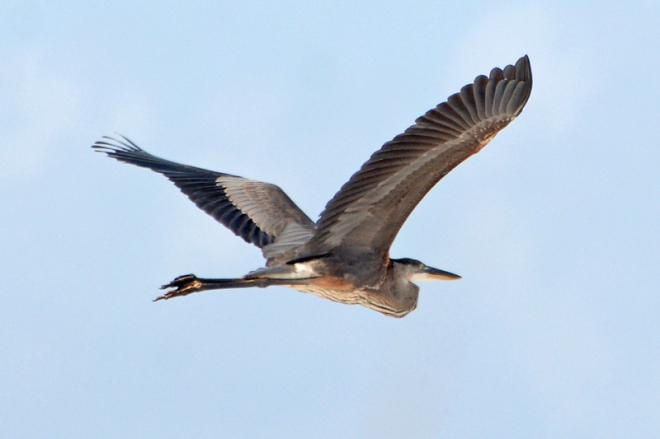 And other adult Ospreys (I think this one is a bachelor, AND an expert fisherman. Every time I see him he’s on the same limb enjoying another fish. And he always eats alone.) 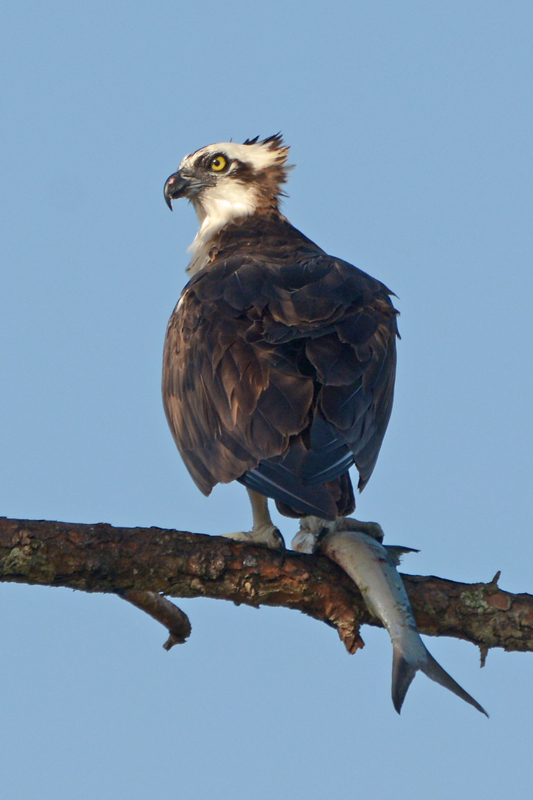 Then, down the road – at Navarre. The causeway has a large population of Black Skimmers. And those chicks are getting huge. 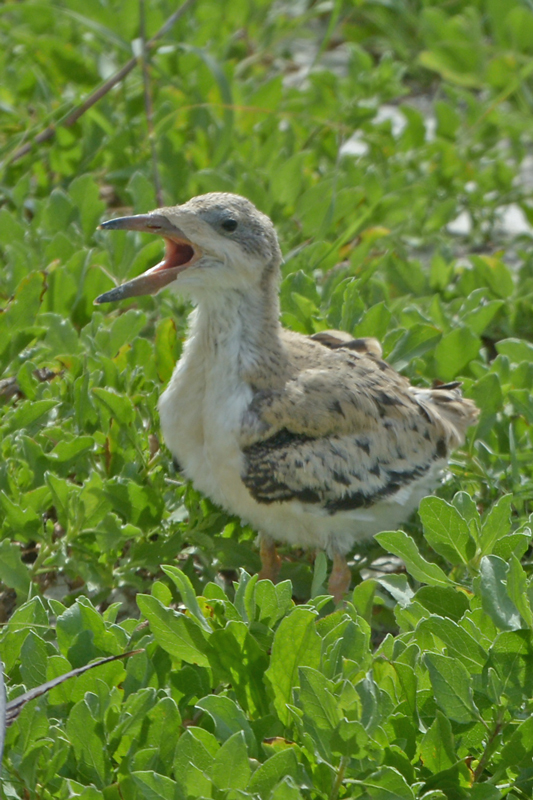 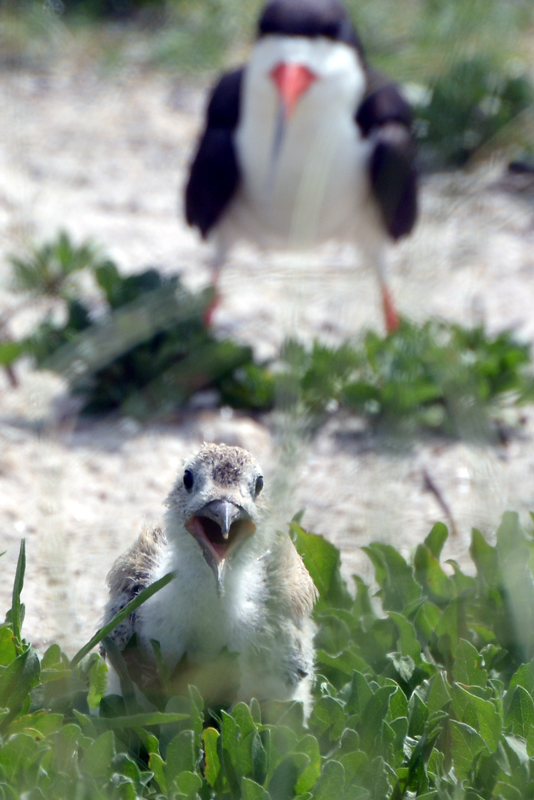 But the most entertaining thing that happened out there today involves nothing more exotic than a Mockingbird.  While I was sitting and watching Big Mama and her Osprey chicks, this guy landed in the grass less than ten feet away.

And look what he decided to eat! 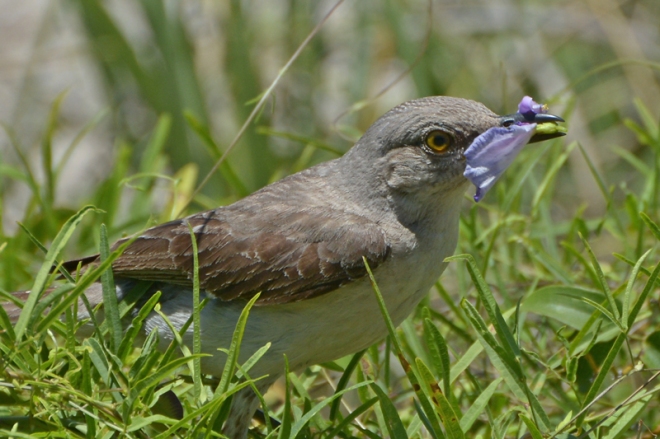 It’s just one of the thousands of blossoms of some plant I don’t even know the name of. But there are white and purple blooms. He seems to prefer the purple ones. 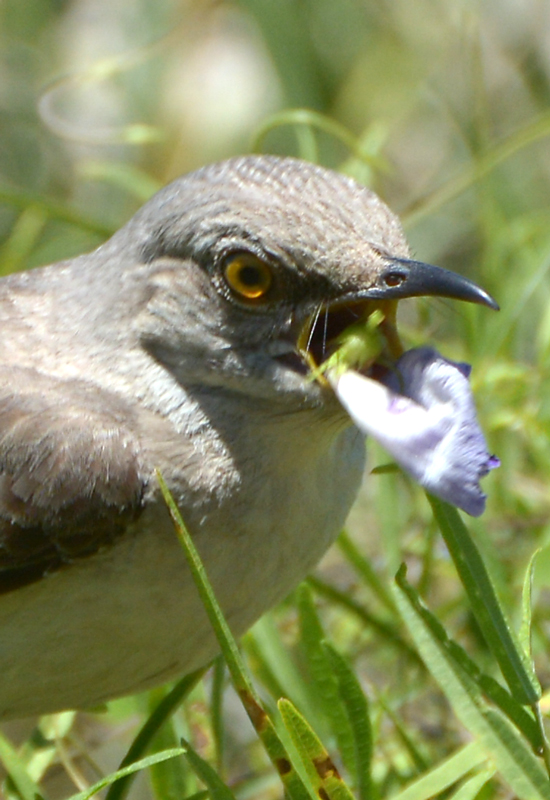 Maybe this guy doesn’t care for bugs and worms. Maybe he’s a vegetarian!

Who knows? But it made for a very interesting day.

One thought on “A New Beginning …?”