(Sorry it’s been a while since I’ve posted)

Yesterday at Fort Pickens I finally got what I was hoping for – the return of Big Mama to her traditional nest. This is the seventh or eighth year I’ve followed her from season to season. 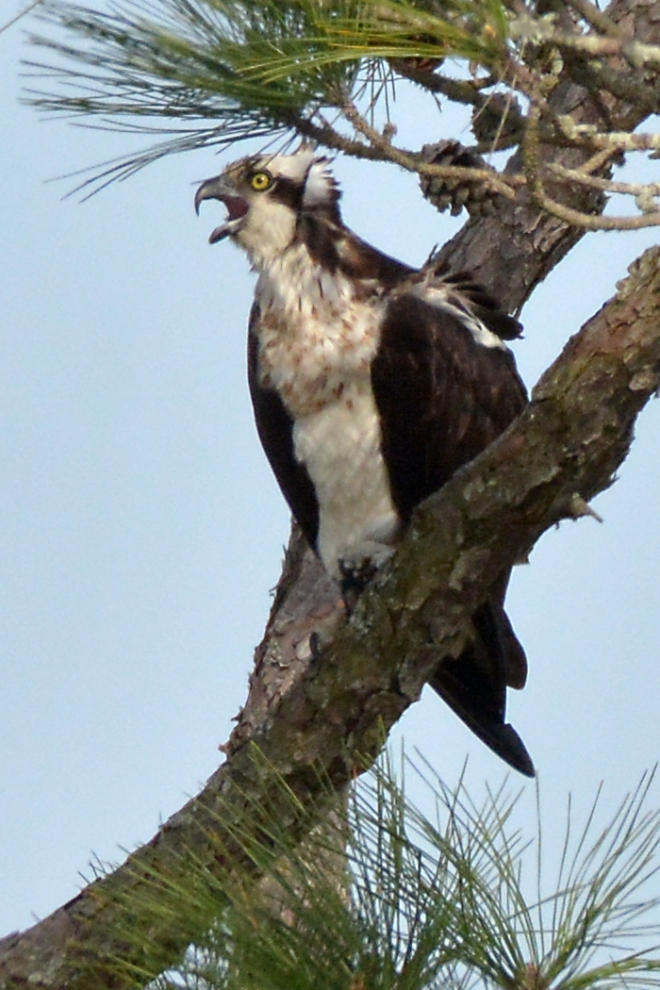 As always, she was bossing somebody around. And this time it’s her new beau, who’s busy trying to get the old nest repaired to her satisfaction. But then he gets a little excited by the sight of her, and he just can’t resist. 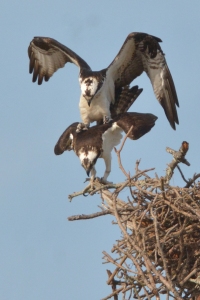 But it’s way too early, sonny boy, just cool your jets for a while.

Still, she seems to like him just fine. And I’m sure he’ll learn. And once he gets that nest perfect … well …

I’m still concerned about that old tree though. It’s sluffing off bark and part of the trunk’s core. And I’d swear it’s leaning more than it used to. A good wind could come along at any time and take it down.

But, for now, Big Mama’s back. And life is going on as usual in Osprey country.

She told me so herself.