I went looking for Monarchs today, but my favorite shot of the day is this beautiful Gulf Fritillary I found near the picnic shelter at Battery Worth.

It’s perfectly symbolic of how happy I am. 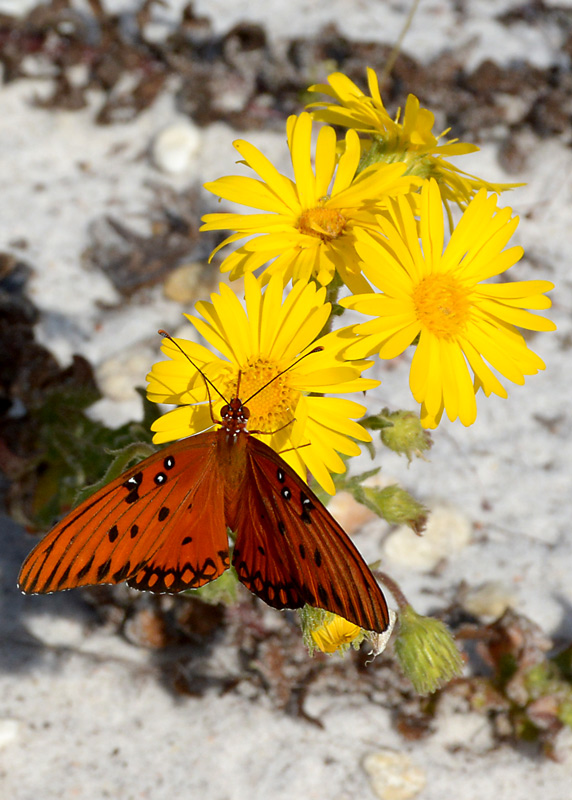 The day was too beautiful to ignore. October here on the Gulf coast is like that.

So yesterday, along the road east of Pensacola Beach, I stopped to visit one of my favorite Relic Dunes. 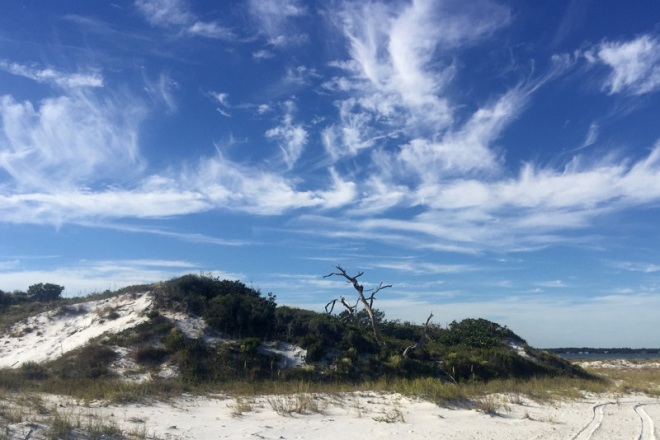 Until a couple of hurricanes came through and virtually destroyed most of them, the Relic Dunes on Santa Rosa Island were considered the most impressive, and certainly the oldest of such natural structures anywhere along the coast. Most of them were flattened, but a few survive.

This one is right beside the road, and is particularly noticeable because of the huge dead Pine that continues to hug its flanks.