I was out shooting for several hours yesterday afternoon (Saturday, April 9). Mostly Ospreys as usual, following the activities of the five nests I’ve chosen to watch this season.

Late in the afternoon, as the sun was setting, I was tracking one of the Ospreys as it searched for nest building material, when I scanned past this guy just sitting in a tree watching all the activity. He was obviously not happy to have that Osprey soaring so close to his perch.

This is the first time I’ve ever seen a mature Bald Eagle at Fort Pickens, although others have reported many sightings.

Not a great shot, to be sure, but now I’ll keep a closer watch and see if I can get more images that are better and, maybe, closer.

(Meanwhile, the saga of the young female determined to build a nest in an unsuitable tree continues. And it appears – possibly! – that a young male has joined her in her building efforts. Stay tuned …) 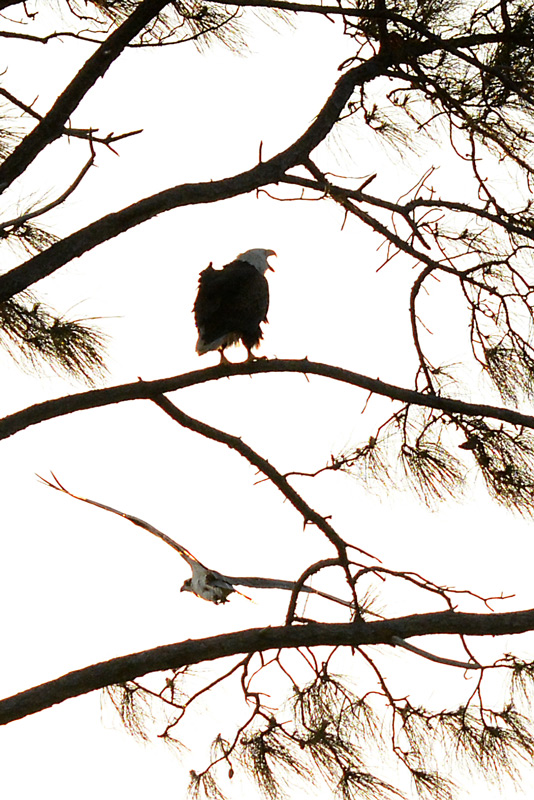